The highly anticipated video for Monkey House’s “Shotgun” single is directed by the Academy Award-winning producer of The Shape of Water, J. Miles Dale. Monkey House co-producer and ALMA Records chief Peter Cardinali goes way back with Dale, and, knowing he was a fan, invited him to Toronto’s Noble Street Studios to watch the band track horns for Friday. Dale hung out for the duration and, when he heard Cardinali express the desire to shoot a video for “Shotgun,” he offered to direct. “Miles directing is one of those wonderful things that just falls into your lap,” says Monkey House frontman Don Breithaupt. “His enthusiasm is genuine. He recently came out to our album release gig, and, before we took the stage, he said to me, ‘If you forget the lyrics, look at me, because I know every word!” 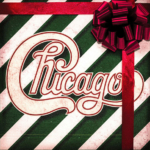